Joanna Lumley travels back to the country of her birth. A year older than independent India itself, Joanna was born in Srinagar in the last days of the Raj and India was home to both sides of her family for several generations. Joanna travels the length and breadth of the country, beginning her epic journey in Tamil Nadu - on the southern tip of the subcontinent - and works her way up to the north. She travels over 5,000 miles, exploring its diverse landscapes, different cultural traditions, and extraordinary spirit. 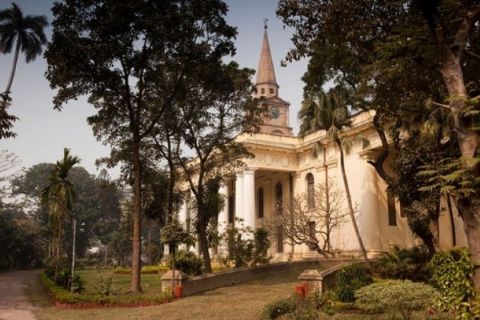 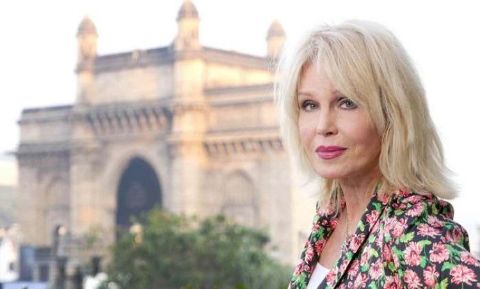 Joanna meets the Maharaja of Dungarpur, who shows her around his lakeside palace. In stark contrast, Joanna visits a Dalit community - considered to be India's lowest caste - in Gujarat, and hears of the everyday discrimination these people experience under India's still deeply entrenched 3,000-year-old caste system. She later joins in a Hindu house warming ceremony, where a cow and calf are brought into the new house for luck. Braving the roads of Mumbai, Joanna takes a ride in the city's only all-female taxi company and visits the Times of India, where her uncle was editor of the paper in the 1930s and 40s. She then overcomes her vertigo to explore the World One Tower, soon to be Mumbai's tallest luxury residential building. 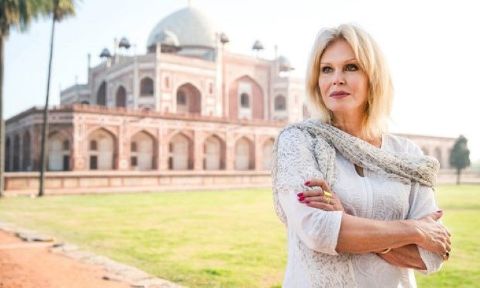 Joanna ends her 5,000 mile journey in the place where she was born, Srinagar in Kashmir. She starts off in the Ranthambhore National Park, where she hopes to spot a tiger in the wild. Meeting tiger conservationist Belinda Wright, Joanna witnesses the work of local NGO Tiger Watch, who are attempting to break a cycle of poaching and poverty through education. Home to over 18 million people, Delhi is a city of stark contrasts. The extreme differences are obvious when Joanna visits a homeless community - where 10,000 men live under a flyover - and visits the modern part of the city where she has a go at working in a hi-tech call centre. The final leg of her journey takes her north from Delhi to Dharamsala, where she is granted a private audience with His Holiness the Dalai Lama. Joanna concludes her trip with a stay on a houseboat in Srinagar, as her parents did on honeymoon in 1941.