Royal Institution Christmas Lectures 2019 Secrets and Lies - The Hidden Power of Maths. Dr Hannah Fry uncovers the secrets of luck in this year's Christmas Lectures, to discover what really controls our destiny. 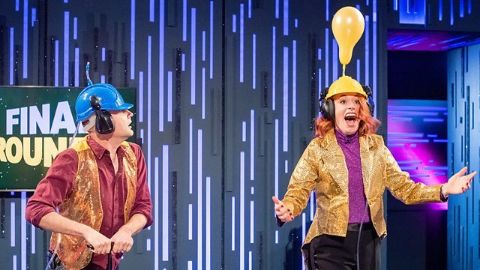 Kicking off the lectures with a mind-boggling stunt to prove how counterintuitive our gut instincts can be, Hannah launches into a lecture full of daring live experiments and surprising discoveries. From predicting the chance of snow at Christmas to dodging erupting volcanoes with Prof Chris Jackson, Hannah explores whether we really can predict the future. She meets the maths gurus behind Liverpool Football Club's winning streak to spill the beans on how analysing the numbers can give a team an edge in the Premier League, and reveals the tricks to perfecting your Christmas cracker pull to win the prize every time. Hannah also gathers tips from mind-performance coach Dr Michael Gervais, the 'secret weapon' crafting Olympic athletes' lucky mindsets, and the man responsible for Felix Baumgartner's jump from space, when 'first time lucky' meant life or death. Enrolling the help of maths comedian Matt Parker for the pinnacles of the lecture, the duo find order in unruly crowds, and whittle the audience down to the luckiest person in a series of challenges, before finally putting them to the test to prove whether they truly are one in a million. Using a host of maths tricks - from probability to game theory - Hannah discovers if we can in fact make our own luck, and ultimately shares the secrets to help us all lead luckier lives. 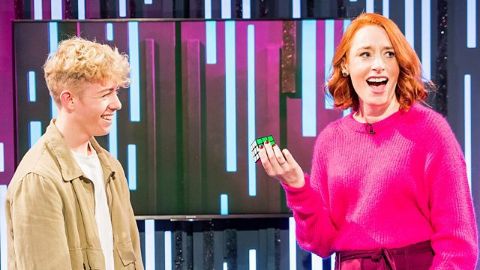 Dr Hannah Fry reveals how data-gobbling algorithms have taken over our lives and now control almost everything we do, without us being aware of it. Pitching the UK speed-cubing champion against a machine in the opening seconds of the lecture, Hannah sets the pace for a rapid voyage through this superhuman world. Hannah teams up with famed YouTuber Tom Scott to create a viral video and decipher YouTube's secret algorithm, comes face to face with four-legged guests to put animal image recognition machines to the test, and reveals how the NHS is matching organ donors in chains across the country to save hundreds of lives. But the breakthroughs are not restricted to the real world. Bafta award-winning special guests reveal the secrets of CGI in films such as The Avengers and Lord of the Rings, and supersized laser illusions bring the Royal Institution to life. An unexpected feathery guest opens our eyes to a new type of coding, where computers can be trained like animals using tasty rewards, with maths comedian Matt Parker and computing expert Dr Anne-Marie Imafidon bringing the topic to life. Finally, Hannah reveals how we've all been training up Google's AI in this way for years without realising it, and discovers how Google Health is using big data to give doctors a helping hand. The power of algorithms is undeniable. Hannah ultimately discovers how we can bend the world to our will and make anything possible, with a bit of mathematical thinking. 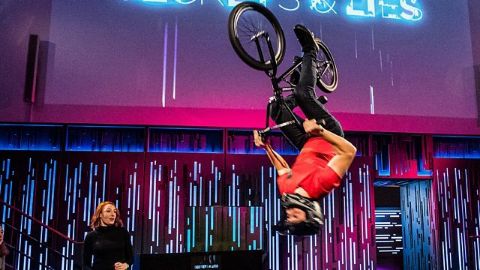 Dr Hannah Fry explores the limits of our control, from dangerous miscalculations to creating and spotting fake videos, and questions how far we should be going with our mathematical skills. A gravity-defying BMX stunt kick-starts the debate around trusting the numbers, and launches us into an investigation of just how sure we can be about anything in our messy world. Together with maths comedian Matt Parker, Hannah uses flaming balloons and gigantic slices of melting cheese to get to the bottom of the guesswork used in real world calculations. A visiting drone zips through the corridors of the historic Royal Institution building, introducing the mother of all drones, a human-sized machine that delivers urgent parcels, and we welcome the team designing driverless helicopters and buying up London rooftops to prepare for the future. But these physical challenges are just the beginning of the debate on handing control over to machines. Hannah explores whether human jurors or robots make fairer decisions, and welcomes Atima Lui, who is on a mission to design the most unbiased facial detection software in the world, which will say goodbye to the 'fast track for white people' at automatic passport gates. Hannah dives into the issues around privacy in our modern world, with Glow Up make-up star Tiffany Hunt making a member of the audience invisible to CCTV, while Hannah explores the truth behind cookies and anonymity online. Finally, she delves into the world of fake news, to separate the truth from the lies. Leading deep fake creators team up with the Christmas Lectures to create a television first – a custom-made deep fake video of a child in the audience, highlighting our ability to use maths to warp reality however we please. Hannah ultimately explores who the real winners are, in an escalating arms race of mathematical tricks.