Millions of years ago incredible forces ripped apart the Earth's crust creating our seven continents - each with its own distinct climate, its own distinct terrain and its own unique animal life. From the colourful paradise of South America to the scorching heat of Africa, Seven Worlds: One Planet showcases the true character of each continent in turn and reveals just how it has shaped all life there. Be surprised by unexpected stories. Marvel at iconic landscapes. And be awestruck by spectacular wildlife. Seven Worlds: One Planet is an eye-opening journey around a world you thought you knew.

Antarctica - the coldest, windiest, most hostile continent. Only the toughest can survive here. From Weddell seals that grind back the ice with their teeth, to colourful starfish carpeting the seabed beneath the ice. Huge colonies of king penguins crowd any ice-free land, and four tonne elephant seals fight for territory on the beach. Life comes here because the ocean that surrounds the continent is incredibly rich. Thousands of penguins, seals, albatross, and over a hundred great whales feast on krill baitballs. However, the ocean here is warming and with that comes an uncertain future. (Number of days filming: 236)

Australia, a land cast adrift at the time of the dinosaurs. Isolated for millions of years, the weird and wonderful animals marooned here are like nowhere else on Earth. In its jungles a cassowary - one of the most dangerous birds in the world – stands six feet tall. Inland, kangaroos and wombats brave snowstorms and gum tree forests are filled with never-before-seen predators. In its red desert heart, reptiles drink through their skin and huge flocks of wild budgerigars swirl in search of water. On secret islands Tasmanian devils roam and offshore, thousands of sharks gather for a rare event.

This crowded continent hides the most surprising animals in pockets of wilderness. Above Gibraltar, Europe’s only primate lives a life of kidnapping and high drama, whilst in the cemeteries of Vienna grave robbing European hamsters do battle with each other. Come nightfall, the Italian mountain villages are the hunting grounds for rarely seen wolves, whilst lynx lurk in the forests of Spain. Deep underground in Slovenia’s caves, baby dragons live for up to a hundred years. Meanwhile, on the surface the continent has been developed beyond recognition. 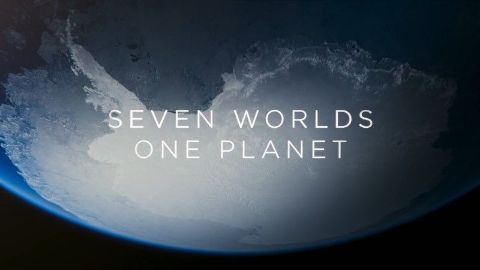 Also known as "The Best of Seven Worlds, One Planet". The most spectacular moments from the Seven Worlds, One Planet series that highlights the incredible rich and wonderful diversity of life found on our planets seven unique continents. Millions of years ago huge forces ripped apart the Earth's crust, creating seven distinct continents. Over time, each one developed its own remarkable wildlife. We see the extraordinary variety of life found in South America and visit the largest of all continents - Asia, so big it still hides rarely seen creatures. We explore the cities of Europe, full of surprises, and the wilds of Africa, home to the greatest gatherings of animals. We travel to the searing heat of Australia with its weird and wonderful wildlife, and witness the pioneering animals of North America that make the most of every opportunity. Finally, we venture to the frozen wilderness of Antarctica were, on the most hostile continent of all, life manages to thrive against the odds. And we reveal how today the biggest challenge faced by wildlife is the impact of human activity on all seven of our incredible continents.