Why are we the last of our kind? Anthropologist Niobe Thompson takes a journey of discovery in the footsteps of our human ancestors, and unlocks the mystery of our unlikely survival and miraculous emergence as the world's only global species. We evolved during the most volatile era since the extinction of the dinosaurs. Like the many other kinds of human who once shared our world, Homo sapiens should have died away. Instead, our species survived to populate every corner of the planet. How did we do it? How did humans overcome near extinction in an African super-drought? How did we find a doorway through the Sahara and out of Africa? What happened when we met the Neanderthals? And how did humans master the Arctic and cross the oceans? Dr. Niobe Thompson takes the audience inside groundbreaking scientific research to reveal dimensions of the human journey we once thought was impossible. In a series of expeditions to some of the world's most remote cultures, including the world's last free-diving sea nomads, the Crocodile People of Papua New Guinea, Bushmen of the Kalahari, and reindeer herders of the Russian Artic, Dr. Thompson gives us a never-before-seen window on our species' past. In the process, we discover the fragility of human life and the miracle of our adaptable, imaginative, and curious nature. 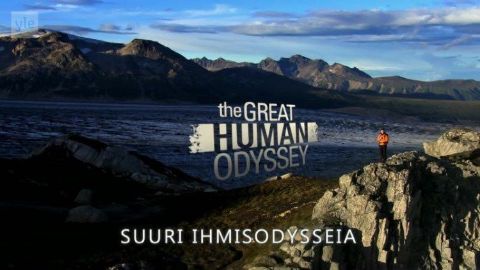 Early humans eventually colonized Australia, the South Pacific, and the Americas. But how did our ancestors master the oceans? Learn how new discoveries in ancient DNA research are changing our understanding of the earliest sea voyages, from Easter Island to the Bering Strait.